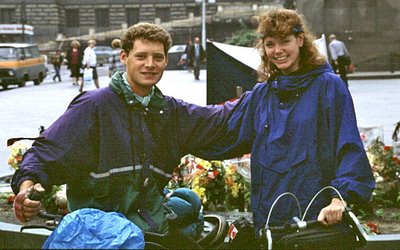 Here we are in the square outside of Maria's house where we met to begin the trip.

Well, insensible me has gone on this wild adventure, but did you ever doubt it?

So far so good. 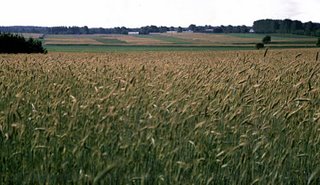 The change is the people between Czech and Poland is incredible! It is so nice to be back in a country where people are friendly. At the border I made a mistake (after having stood in line ups for hours!) and I thought, "Oh no! Now I will get yelled at and it is going to be a big problem!" Well, not at all! Everyone was very helpful and they put us in a room and gave us drinks while they found a guard who spoke English. We received a very nice welcome into their country. I commented that I was surprised at how friendly they were and they gave me their reasons why they believed the people were different stemming from a historical perspective.

The next change that was also immediately apparent was how green Poland was. As soon as we crossed the border, and there are lots of trees as well. There is still lots of industry and pollution here though. When we go through the towns the people look at us and some come and talk with us and they are interested in who we are and what we are doing. 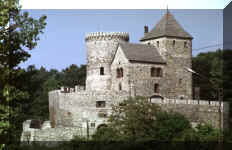 The second night we stopped stopped to camp beside a little stream off the road a bit for privacy. The first day we went 130 km and we went only 100 km on day two because the border took so long to get across. The border guard had said we could camp anywhere we thought was good. We set up camp and I was bathing nude in the creek when an army patrol came along! Daniel stalled them and I got dressed real fast. We had picked to camp right on the border between Czech and Poland. (There had been a sign and I guess that was what it had said, whoops.) The men were nice about it though and one of them kept saying "big problem!" They had to wait for an officer and it took a while to solve the problem. Then they took us to a nearby farm and asked the farmer if we set up our tent on his land.

They had the sweetest little girl and she was very fun to play with. I am still amazed at how friendly everyone is.

Today we cycled 110 km. Again we slept on a farm. They offered us showers and have invited us to dinner! Great!! It was the best meal I have ever had I'm sure! When I asked what it was the farmer made sounds like a pig and indicated the blood dripping out from it's throat. Wish I didn't ask. 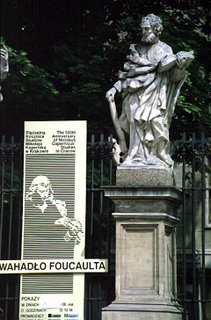 Today we did 110 km and are again camping beside someone's house. And again they have asked us in for coffee and if we would like to bathe! It is so nice to be around such friendly people. Daniel and I aren't always getting along at this point. He is incredibly good looking but he is very headstrong.