Well, I made it to Nordkapp today, all the way to 73 degrees north!

My high was at the point of getting on the ferry to go to the island of Masgeroy. To that point I had the best day, sunshine and everything was so beautiful. I truly felt I was on the top of the world. I felt so good.

The picture is taken from the touristic "North Cape", but the point shown is the true Nordkapp, called Knivskjelodden: 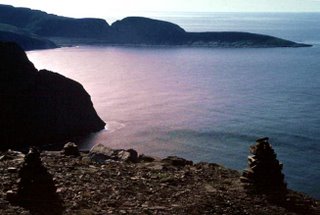 Going into Nordkapp wasn't so good though. The road was gravel and slow going. And then when I got there they charge everyone an entrance fee!!! $30 US!! I was really mad. So I left my bike at the gate and went in without paying. I am amazed at the amount of tourists here as well, hundreds for sure.

I went out to the point and took a picture (see above) of the furthest point north. Then they kicked me out. So no reindeer steak. I felt gypped. 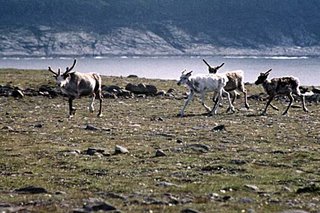 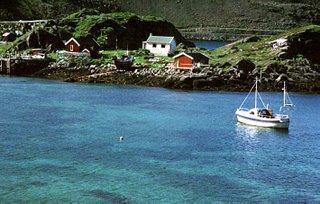 I hitched a ride back to the village, Honniingsvåg, on the south part of the island. I splurged and stayed in a hostel and had a shower and washed some stuff out. Some Swiss guys shared their canned spaghetti with me. The had ridden their motorbikes up here. 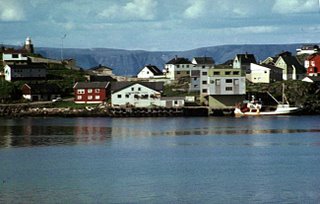 So I'm clean and fed too. It's a nice feeling. My knee is feeling great too. My hands aren't so good though and they are really weak as well. I'm hoping for good weather as I head south! 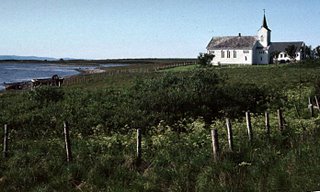